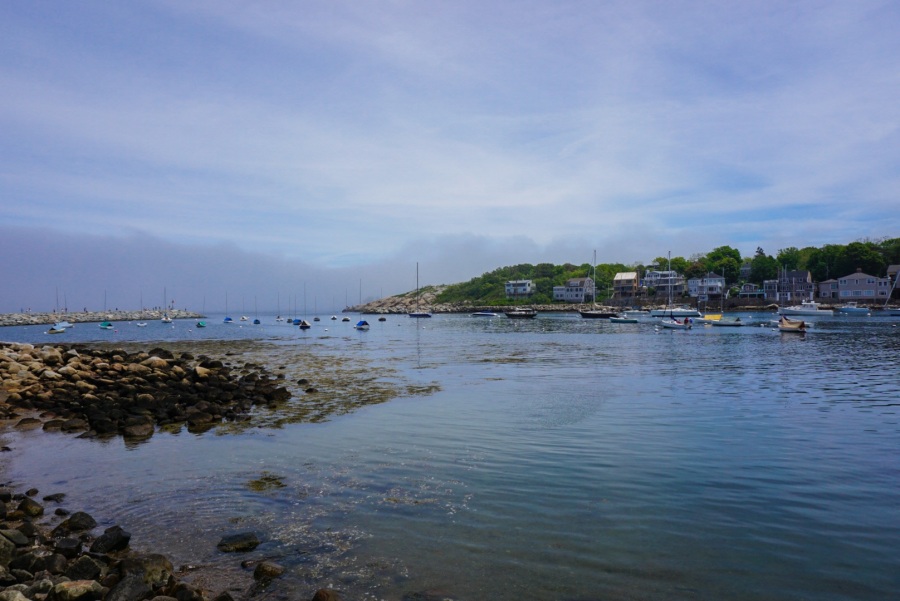 If you’ve been following along from the beginning of our journey up the East Coast, you will recall that I wrote my first post from a roadside breakdown. I have now come full circle to that moment. John-Hilton, Bella, and I were on our way home from enjoying a tranquil evening at Halibut Point State Park, when the van shut off and coasted to a stop alongside a craggy shoreline in downtown Rockport. This was the second time in one day that Max, the van, had lost engine power. John-Hilton was stressed for obvious reasons, but luckily we were able to get the van started and made it back to the campsite. I type out “we” as if I had some help in this matter, but I meant he. He got the van started.

During our roadside escapade, I stumbled across a little spot called Bearskin Neck whilst looking up stuff to do in the Rockport area. Bearskin Neck is a small “neck” of land jutting out into Rockport Harbor, containing a plethora of small shops and restaurants. Apparently it was named after a fisherman who had seen the skin of a bear drying out on the rocks. The story of the bearskin tells of a man named Ebenezer Babson who saw a bear attack his nephew. He jumped in the water to distract the bear and lured him to where he would stab the bear with a fishing knife. So now they have a saying, “Babson, Babson, killed a bear, with his knife, I do declare.” The pictures of the rustic strip looked adorable and I convinced John-Hilton to let us make a stop there on our way out of town the next morning.

We awoke to a crisp spring morning, sun shining in full force, beckoning us to start our day. John-Hilton wanted to swing by an auto store to pick up a fuel filter and Sea Foam to see if that would help Max with his engine troubles. We made the quick stop at a Napa and then drove into Bearskin Neck. Max shut off a couple times while we looked for parking along a busy street in front of the colorful strip. After we secured a space we wandered down onto the neck that was dotted with cute, artsy shops. The plus side of van life is that there’s not much room for storing extra items or trinkets you pick up along the way. So, the only purchases we made were for a bowl of lobster bisque, a couple of ice cream cones, and a small donation to a local band playing on the street. We meandered to the end of the neck where people were walking along rocks out in the harbor and traded photo op moments with other visitors. As touristy and bustling as this area was, we still really enjoyed our time there, the place just had good vibes. 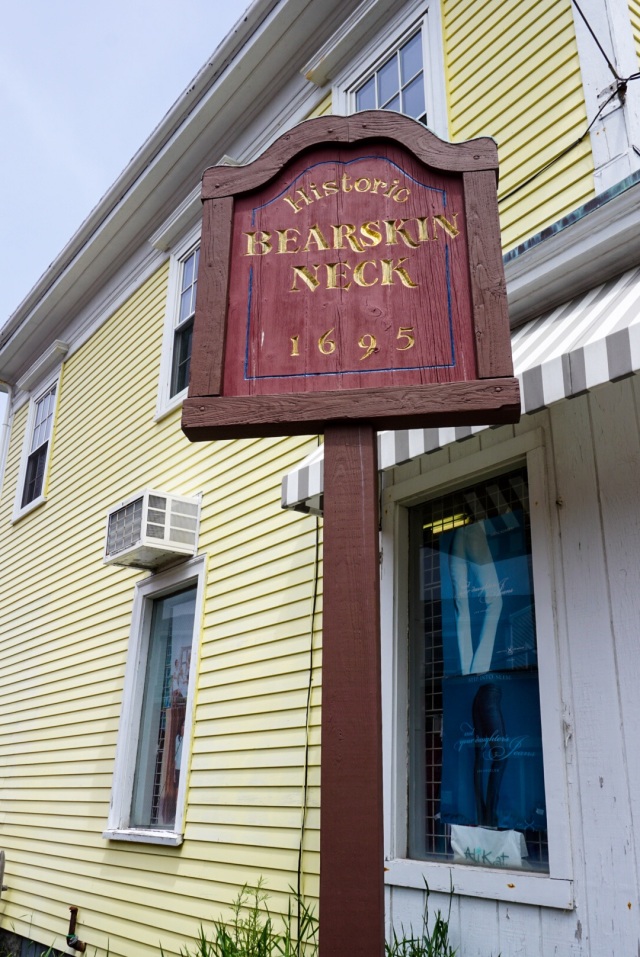 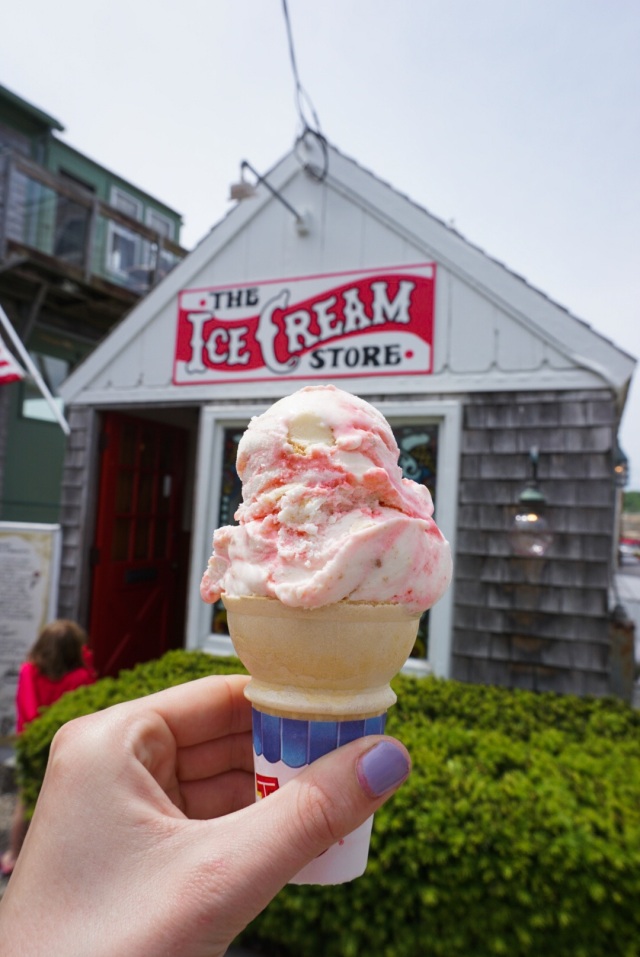 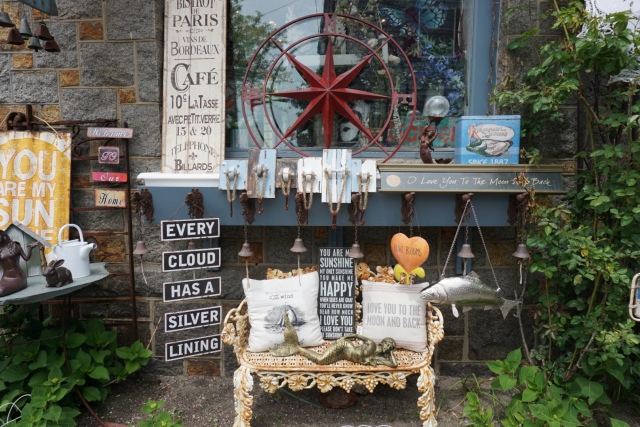 I’m not sure what our final destination for the evening was supposed to be. I believe somewhere along the border of New Hampshire and Maine, if not all the way into Maine. At this point we did not know we wouldn’t make it into Maine for several more days, but we were happily driving up through the area of Essex into Newbury Port. Antique shops riddled the sides of the road through Essex, pulling at my internal desire to go in search for a hidden gem. However, we kept driving and I kept reminding myself there was no space to store anything extra. Upon nearing Newbury Port, we stopped at a farm to pick up some fresh veggies for dinner. There was the friendliest cow here and I scratched his back while John-Hilton decided to look into changing his fuel filter. He didn’t quite have the necessary tools so we kept on keeping on until we reached a K-Mart parking lot where he could purchase the tools and replace the filter.

While working on Max, John-Hilton made friends with a man who was living out of his car in one of those kind of moments that has to make you smile. The man had clearly not had anyone to talk to in ages and went on and on about his life and about vehicle troubles and whatever else subject he could think of. After the replacement was complete, the man handed John-Hilton a couple of McDonald’s coupons. It was so touching as this man did not have much to give. We felt guilty taking the coupons as we would most likely never use them, but the gesture was too kind to rebuff. We would just have to pay it forward at another time.

After successfully replacing the fuel filter, we headed onward towards our destination. However, Max did not make it a quarter of a mile before shuttering and cutting off at a gas station. John-Hilton was frustrated and we were at a loss. I think that’s when we knew we wouldn’t be making it much further. We found a campsite nearby in North Hampton, New Hampshire and crossed our fingers we could make it there safely. And we did. We made it to the Shel-Al campground, thrilled to discover there was a brewery within walking distance. You know, it’s a funny thing about life, it seems to have these plans for you, these tests to see how well you can handle the ups and the downs, the crests and the troughs of the waves. This really was the beginning of some of the best and what could have been the worst moments of our van life trip. 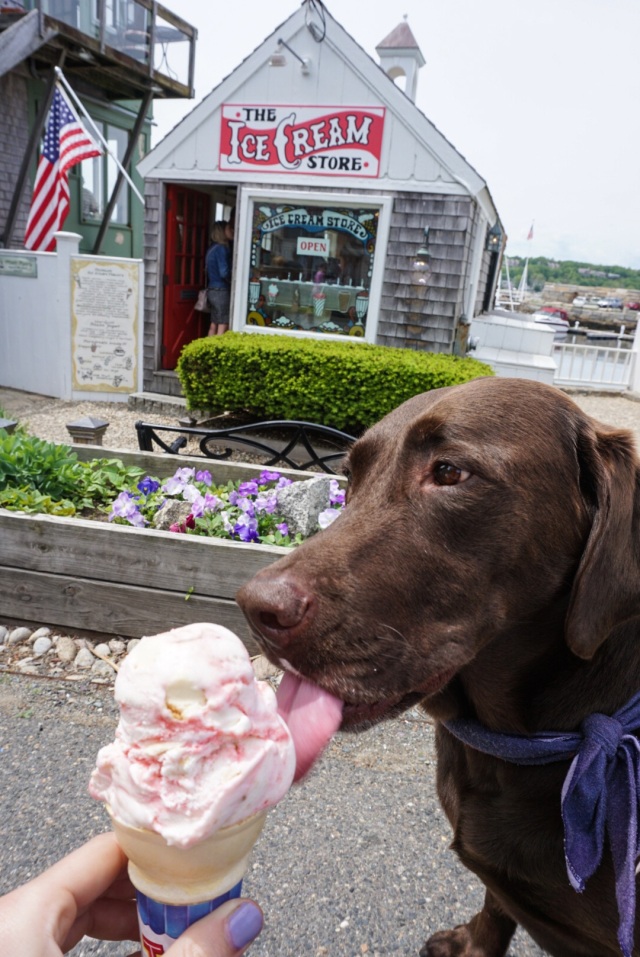 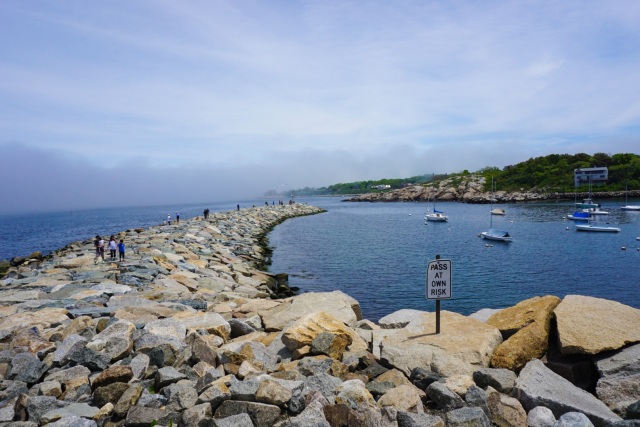