My drive from Colorado to Florida was much less eventful than my trip back to Colorado. After a pit stop in New Orleans (and an unfortunate missed turn that had me stuck behind a celebratory and rambunctious crowd of Mardi Gras parade watchers) to see a couple friends, I headed out to Texas. My goal was 13 hours away, Palo Duro Canyon State Park. I wasn’t going to get there until about 11:00 pm, another late night arrival to a campsite I had never been to before.

I called ahead to reserve a campsite and the park ranger gave me the gate code so I could get into the park later that night. That day of driving was miserably long, but thank god for podcasts. I started listening to True Murder…why I do these things to myself, I have no idea. Of course the first and second episodes had cases that took place in Texas. By the time I arrived it was frigid outside, an icy 23 degrees. I was decently prepared for cold weather, having packed my sleeping bag, a fleece blanket, and a down comforter when I had originally left Colorado. Blankets and pillows are a must have for me when on a long road trip. Bella also has a really comfy dog bed which I had layered on the back seat for extra sleeping comfort. After a few trials, I am starting to get the hang of making a decent sleeping spread in the back seat of my car; although I’m still hoping for an SUV asap.

My campsite was 5 miles from the entrance of the park, where an electric gate opened up after I punched in the correct code. There was not a cloud in the sky or any light pollution from the city of Amarillo. The stars were breath taking as the crisp air seemed to make them appear even brighter. We saw several mule deer fawns running across the steeper sections of the canyon roads. It was eerily dark around my campsite and I was the only one camping out there. The first spot that I pulled up to seemed like a nice spot to stop. That is until I got out and something screeched at me from the bushes. Yeahhh that wasn’t going to work. I drove a little bit farther down the road, found a suitable site with no screeching critters, and prepared for our wintry night in the car. Under the safety of my blankets and with Bella lying right next to me, I slept fine despite the below freezing temperatures. We awoke to frost across all the windows, and a still cloud free, beautiful, blue sky.

I drove up to the visitors center to acquire a park map so we could do some hiking before heading back to Denver. The guy behind the counter was friendly and we had a great conversation before I hit the trails. I wanted to see the popular “Light House,” so that’s the trail we hiked. It was 6 miles through the bottom of the canyon up to this beautiful stone pillar. Bella was having a blast and making lots of friends, they were shocked to see her climbing some of the rocks along the trail. I chuckled to myself and explained that this was fairly mild compared to what she’s used to doing back in Colorado. By this time it had warmed up to a very nice 55 degrees and there were a lot of people showing up as we headed back towards the start of the trail. I was impressed with the amount of younger people who were there. I like seeing young kids and teens out exploring and enjoying nature.

On our way out of town, I was going to make a pit stop at Cadillac Ranch. However, I never made it over due to the large truck that came crashing into the side of my car. It was a very minor accident, although the right side of my car will need to replaced and I cannot currently open my front passenger door. The police took 2 hours to get to us, pushing my arrival time in Denver to 10:00 pm, which was midnight back home in Florida. I was exhausted and hungry and couldn’t wait to get to my bed. We did make finally, the third installment, the absolute saddest story I’ve heard in a while, of the True Murder podcasts, kept me awake for the end of the drive. 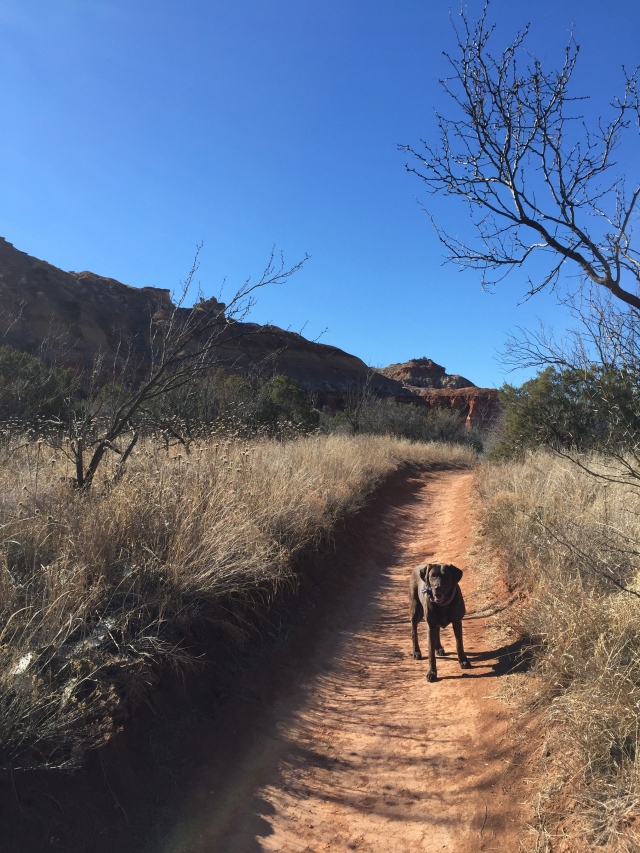 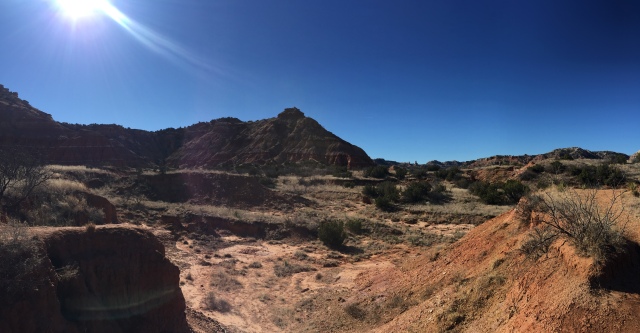 One thought on “Camping and Car Accidents”