Tongariro National Park quickly became my favorite spot we traveled to on this trip. It was so incredible. The park consists of three active volcanoes that are clustered around each other. These volcanoes are surrounded by rain forest, scrubland, and gravel fields at different, respective altitudes. There are a number of different trail options and we decided to hike the 6km trek to Taranaki Falls first. The trail leads you through alpine grassland into a beechwood forest that winds alongside a river. There were several smaller waterfalls that we passed along the way to the larger, punch bowl waterfall that we were aching to see. It did not disappoint. Kendra and I sat beside the powerful waterfall for quite a while, laughing and taking in the views (and the mist, as it slowly started to soak us and our belongings.) You can get a view from every angle of this waterfall; we walked behind it, around it, and above it. Each spot being just as spectacular as the last. You could see amazing views of the three volcanoes, Mt. Ruapehu, Mt. Ngauruhoe (Mt. Doom for all you Lord of The Rings fans), and Mt. Tongariro, as well.

After we had completed the waterfall walk, we drove up to the top of the Whakapapa Village to see the ski field on Mt. Ruapehu. (Side note: “wh”in New Zealand is pronounced “fa”… we had a good chuckle over that one.) If you want to talk about incredible views, let’s talk! It was like stepping in to a volcanic battle zone. Mt. Ruapehu is composed of andesite, which is just old volcanic rock. I had never seen anything like it. There was still plenty of snow on the upper parts of the ski field, but it had mostly melted where we were exploring. We walked up to the famous Mead’s wall, from the LOTR movies, that overlooked a gorge of lava rock with a small flow of water drizzling through it. Mt. Doom was looming in the distance and the site was absolutely breathtaking. There was one more waterfall that we wanted to catch before it got too late, so we headed back down the volcano for our final mini trek of the day.

Tawhai Falls was our final exploration spot. It didn’t take very long to hike down to, thank goodness as it was starting to get a bit chilly. It was a beautiful little area, allowing Kendra and I a chance to practice messing around with our photography skills. This particular waterfall was also a part of the LOTR’s movies, featured as “Gollum’s pool.” It was actually pretty incredible seeing this beautiful waterfall in “real life” and seeing how the artists manipulated it to look so creepy in the movie.

I could have explored Tongariro for hours longer, it would honestly take a few days to see everything, but we had scheduled our alpine crossing hike for the following day at 6 AM, so we headed back to our lodge to get some rest and carb load on spaghetti to prepare for our 20 km hike. 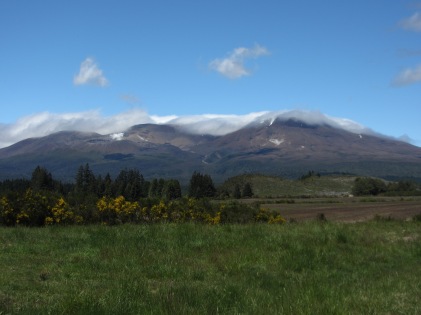 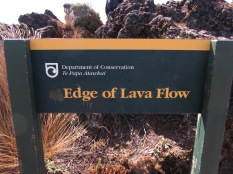 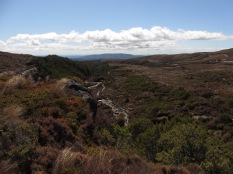 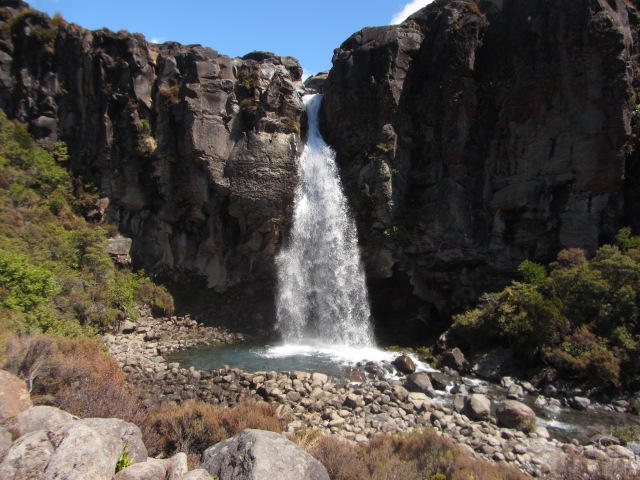 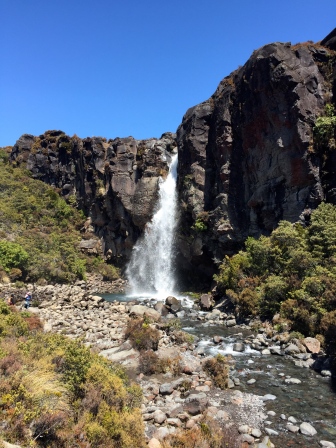 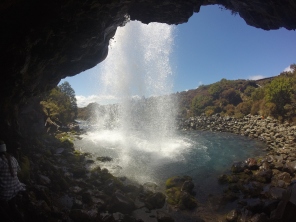 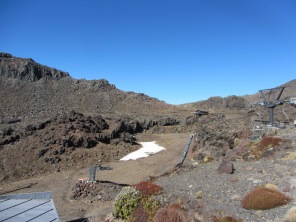 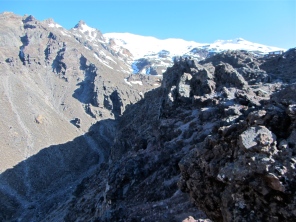 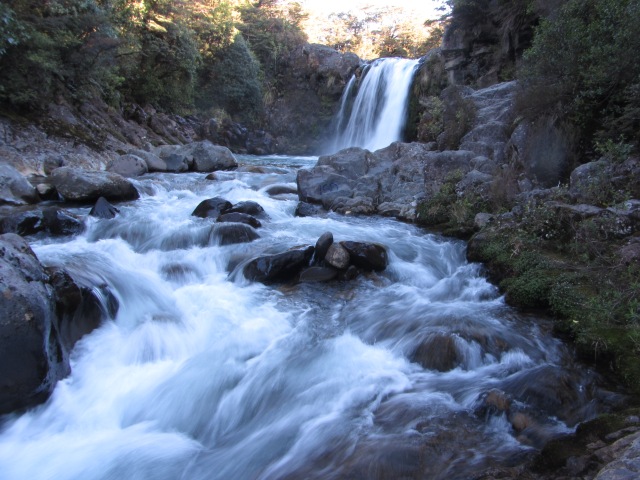 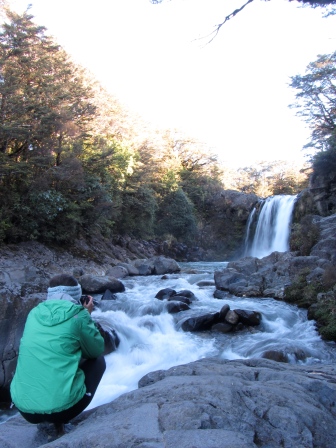 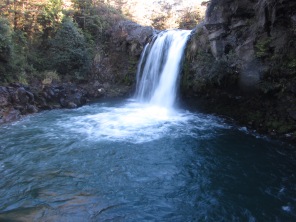